3 Major Powers And What The New Year Brings

Considering the global political and economic situation, we cannot say that we are starting 2023 with positive news and forecasts all over the world. Global growth projection of the World Bank, rising inflation and expected recession…

On top of that, the rising tension among the three major powers The USA, EU and China makes the situation even worse.

Aware of the desire of Western countries to diversify their global investments and reduce their dependence on China, Xi Jinping is accelerating his geopolitical and geostrategic investments around the world as a counter move.

One of them is on marine ports. Despite fierce opposition, Cosco recently acquired the container terminal in New York and New Jersey after purchasing stakes in the port of Hamburg and a two-thirds majority stake in the Port of Piraeus.

It turns out that no lessons have been learned from the consequences of dependence on Russian energy imports. China openly declares its intention to control the global transport network by investing in ports around the world.

The OBOR initiative shows that despite the problems, China’s projects will increase by spreading all over the world. Its dominance in the African continent and the Middle East will enable it to have an edge over the West. Considering that China has access to many strategic raw materials and dominance of the logistics chain, they are building their own global empire.

In the meantime it’s trying to cement its ties with its raw material supplier Latin America.

One can infer from these stories that China will no longer turn to the West, but will, on the contrary, make the US and the EU turn a blind eye to its actions in its own region by making them dependent on China forever. This way, China will have economic and political influence and make itself indispensable.

While China shows its economic power and global influence network to the West, especially America shows its teeth with its military and technological “superiority”.

But as much as the EU needs weapons, modernity, human rights and its allies, it also needs containers, ships and Chinese companies. International relations is a balancing act. No policy maker can ignore the interests of his own country.

In this vein, being so dependent on China, the EU is in a dilemma and tries to find ways out without decoupling entirely from China.

As tension between the EU and China rises, eyeing other ASEAN countries as an alternative to China in an effort to diversify supply chains, the EU pledged to invest €10 billion into the region from the EU’s Global Gateway strategy at the first full summit between the EU and ASEAN leaders last month in Brussels.

By avoiding a direct conflict, the EU is also looking for tangible reasons to justify their stance against China. The recent moves of the EU and USA are mainly based on Taiwan. But it’s not gonna be so easy.

On the other hand, Japan is also preparing itself against a possible war and stands by Taiwan together with the USA and the EU.

While there is so much uncertainty and tension, companies that have or are considering business relations with China have started to look for alternative partners to China.

In the light of these projections, countries such as Vietnam, Philippines, Thailand and Indonesia have the potential to attract more investors in the future if they take the right steps.

We’ll all see what awaits us in the new year. 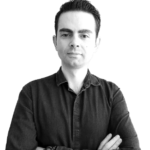 Sales Objections And How To Overcome Like A Master

While the world is going through challenging times, the same old concerns came up again. Is